Growing his Business at Macdonalds Nursery 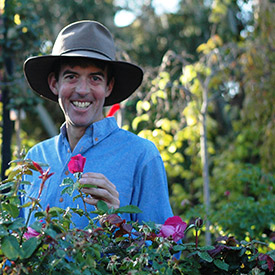 Lee Macdonald commenced life as a welder after school in 1995. When he realized it wasn’t for him long term, he joined the family business Macdonalds Nursery in Spring Gully, outside Bendigo completing a nurserymen’s apprenticeship in 2012.

Originally named H. Keck & Sons started by his great, great grandfather in 1888 (but renamed Macdonalds Nursery in 1991) Lee is the 5th generation of the same family to own and operate the business. Taking over from his parents in October 2017, along with a team of six, Lee has a strong relationship with suppliers and customers alike. Priding themselves on the level of service and knowledge they provide is justified with prior recognition by the Nursery & Garden Industry body of Victoria as one of the best small & medium retail nurseries in the state.